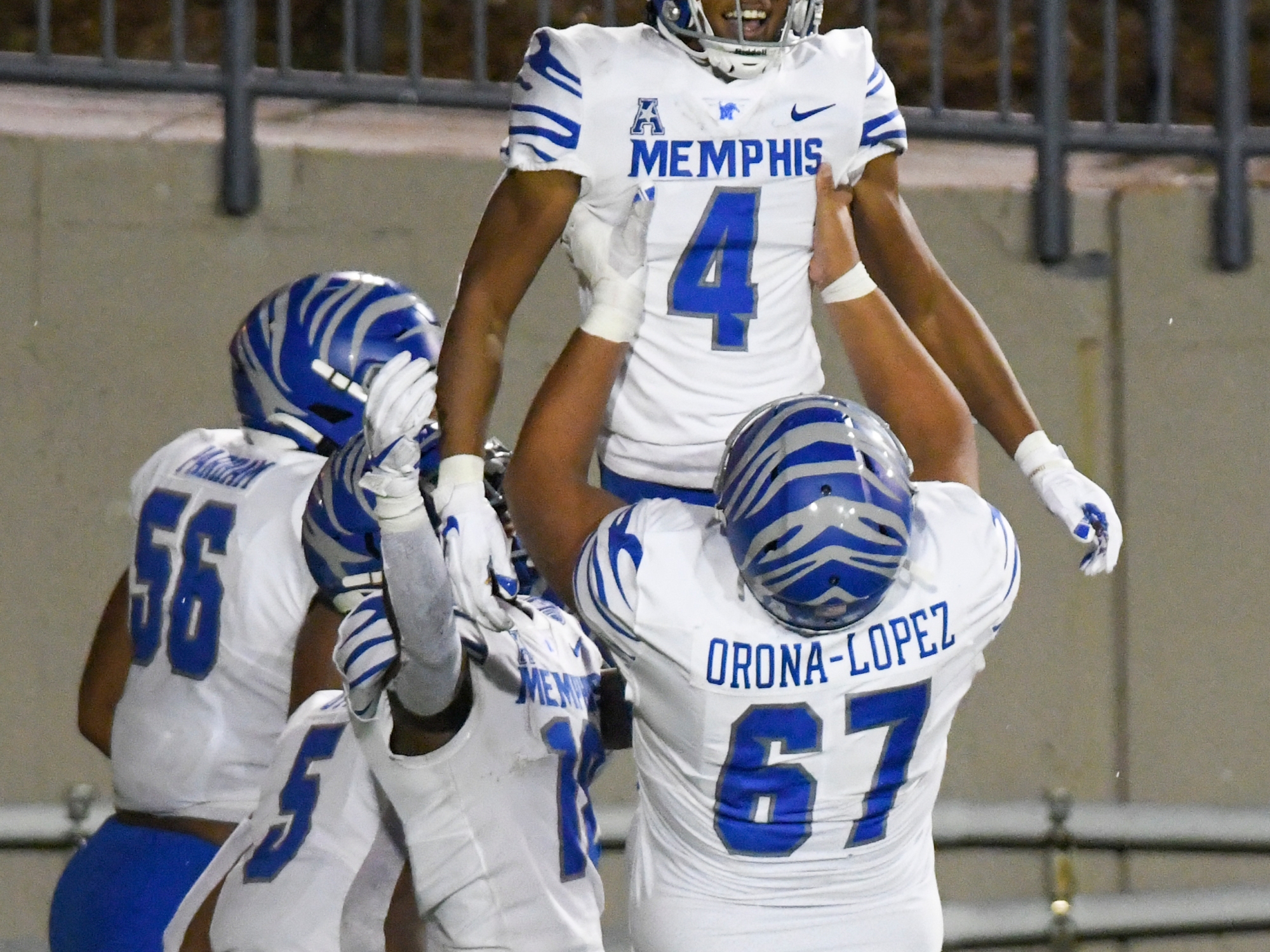 All around, Saturday night was a special night for the Memphis Tigers as they cruised to an easy 42-17 victory of Nicholls State. Heading into the matchup with Nicholls State, you could sense a sense of swagger amongst this program. In all honesty, while around tailgates this afternoon, there was an energy that has been missing since the 2019 season. Like many others, Memphis football fans were hyped and ready to cheer on their boys in blue.

As far as the action on the field goes, Coach Silverfield and his staff could not have asked for a better game on both sides of the ball.

Starting with the defense, in the first half alone, Memphis held Nicholls State to seven points and only 133 yards, Nicholls State was first to score, but it was the Tigers defense who didn’t flinch. I’m not sure what Coach Silverfield said to these boys after Nicholls State scored first, but it sparked the Tigers to close the game on a championship level.

On the offensive side of the ball, it was the true freshmen show as Coach Silverfield turned to Brandon Thomas at running back and Seth Henigan at quarterback. Both guys gave Tiger fans a lot to be excited about as this team turns the page to a road game next Saturday against Arkansas State.

For Brandon Thomas, there’s truly something special about this guy. He’s got the potential to be the next great Memphis running back. There’s truly something pure about the way he carries the football and, as the Tigers turn the page into a new era of Memphis football, Tiger fans should be excited. Not to mention, Memphis has two other guys behind him in Marquavius Weaver and Rodrigues Clark, who are just as good if not better than Thomas.

As far as the rest of the season goes, Memphis faces back-to-back weeks of stiff competition, one of those a road game at Arkansas State, then a home game against the Mississippi State Bulldogs. If the Tigers were able to win both games, they would set themselves up beautifully for another run at both a New Year’s Six Bowl and an AAC Championship.